High-end homes are sold before project even opens 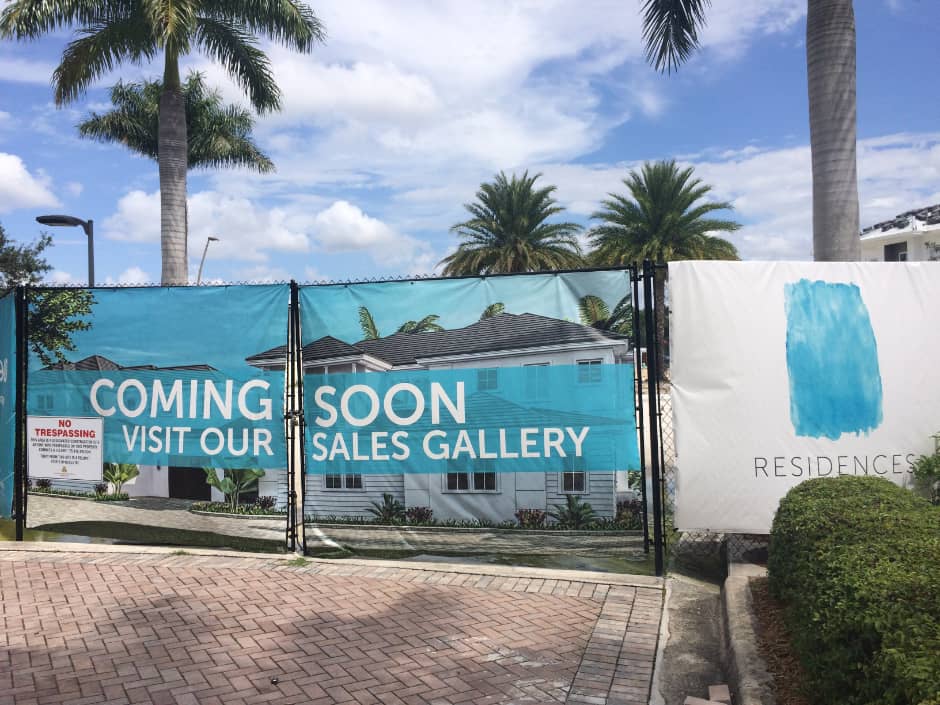 In yet another sign of Naples’ sizzling housing market, four upper-end homes sold Monday at the Residences at Mercato — two days before the project’s official grand opening.

“We anticipate 10 to 12 more sales very soon,” said Howard Gutman, president of the Lutgert Companies, which is developing the 52 courtyard-style homes in a gated community on 11 acres.

While pre-sales are hardly unknown in hot markets, the early success of the Residences is unusual because it happened without any advertising or model homes to tour.

Construction on the community’s four models won’t begin until January, and they won’t be complete until the summer, Gutman said.

But that doesn’t seem to matter because inventory is so scarce, there’s a hunger on the part of both permanent and seasonal buyers for any new product that’s built, says Judy Green, president and chief executive officer of Premier Sotheby’s International Realty in Naples, which is handling the project’s sales and marketing.

And that’s especially true for residential units at Mercato, a North Naples entertainment hub with the Silverspot Theater and Whole Foods supermarket, as well as eateries, home furnishings stores, offices, boutiques and salons.

“It has lifestyle appeal,” she said. “There’s no maintenance, and it’s close to everything.”

So far, Green and Gutman have pulled buyers who visited the Strada, a Lutgert condo community on top of Mercato restaurants and retail.

That project opened in 2007, shortly before the recession, and for a time experienced slow sales and price discounts, Gutman said.

But as the market heated up, so did sales at the Strada. Although their closeout prices topped $1 million, all of the 92 condos were sold by early November.

But not everyone who visited the Strada’s sales office wanted a condo lifestyle, Gutman said. Some preferred more space and privacy.

His sales force kept a list of these potential buyers and contacted them before the Residences opened, accounting for the pre-sales.

Originally, Gutman planned to build three- story town houses on the site, the last residential space in the Mercato complex. Zoning allowed 83 units to be built.

But two focus groups with high-end real estate agents convinced him to lower his density and change his plan.

So he scrapped the town houses for fewer single-family homes that open on to courtyards to maximize both privacy and outdoor living.

Although there are no shared amenities such as a clubhouse, a fitness center and fire-pit lounge, as there are at the Strada, each home at the Residences has its own pool.

“The Mercato is the amenity,” said Gutman.

Gutman said he visited a number of other so-called new town developments that mix residential and commercial uses, before deciding what to build at Mercato.

He saw projects in Pasadena, Cleveland, Minneapolis, and Columbus, and San Jose, but was most inspired by Kierland Commons in Scottsdale, Arizona.

Of course, putting residential units close to an area that has frequent concerts and other weekly crowd draws could create a noise problem.

But Lutgert vice president Mike Hoyt said most buyers who choose to live in a busy place such as Mercato come from urban areas like Boston and New York and aren’t bothered by hustle and bustle.

“Noise is a bit of attraction to people who want to live near the action,” he said.

Naples architect Matthew Kragh is designing the homes in what he calls a “coastal contemporary” style that leans heavily on the colorful Old Florida homes that were popular a century ago.

Lots will be long and narrow, and houses will share a driveway and common wall.

Exteriors will mix smooth stucco, board and batten and clapboard in light colors.

Cabinets and molding will be unadorned and floors will be hardwood rather than the area’s ubiquitous tile.

Kragh sees his design as an antidote to the more ornate Mediterranean McMansions that have dominated the market for the past decade.

“Mediterranean got overbuilt — it’s almost like a virus that took over,” he said. “We are doing something simpler and cleaner.”

Home and community information, including pricing, included features, terms, availability and amenities, are subject to change, prior to sale or withdrawal at any time without notice or obligation. Drawings, photographs, renderings, video, scale models, square footages, floor plans, elevations, features, colors, and sizes are approximate for presentation purposes only and may vary from the homes as built.

Home prices refer to the base price of the house and do not include options or premiums, unless otherwise indicated for a specific home. Nothing on our website should be construed as legal, accounting or tax advice.